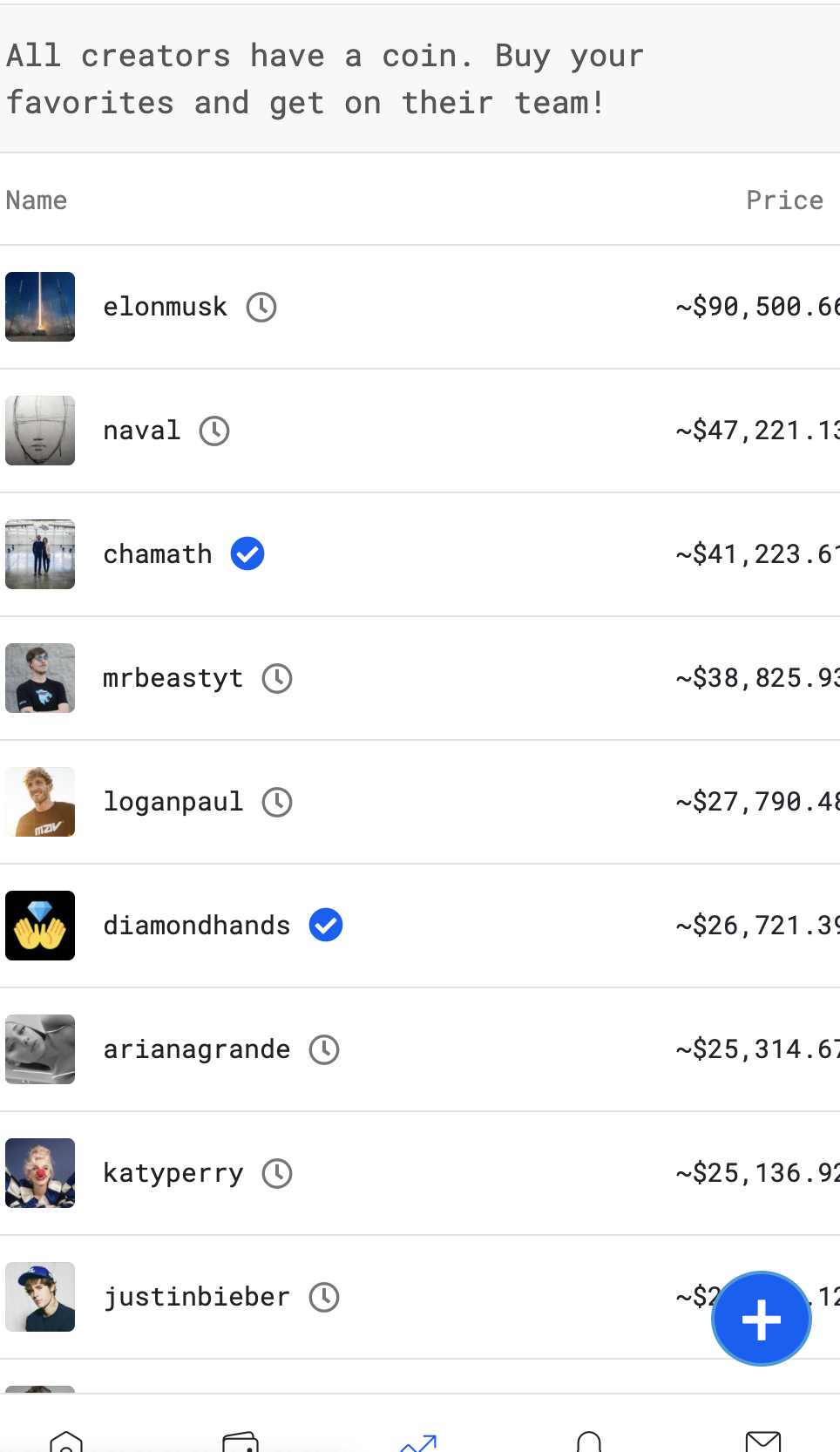 Bitclout seems all the rage right now. Simply explained, it’s being able to invest in people – at this moment based on their Twitter ranking (aka “reputation”).

Bitclout is the stock market for people – everyone has a “price” or coin and others can buy your stock because they believe in you, your potential and your popularity. It’s like buying someone’s potential – just like stock.

BitClout: Do you get a share of your own stock?

Yes, you get an automatic 10% of your own coin. Some people set their share percentage down to 0 and they buy their own coin. In theory, they are betting on themselves.

The Amazing Growth hack of Bitclout

You only receive your payout when you claim and verify your Bitclout account. In that process, you will need to tweet out that you are on Bitclout –> your followers see you are on it –> they will buy a portion of your coin from the platform (provided they think the platform, the idea and you as a person are legit enough) and so the whole circle continues.

What is the payout of Bitclout?

Shaan Puri, Sam Parr and Ryan Begelman extensively discuss Bitclout on this podcast episode. And while the platform has just released, Shaan is already at $270K (!!!). So without any efforts on that platform, he can just cash in $270K because people invested in him (=his coin) and believe in his “future potential”.

The Use Case of BitClout: what is in it for me?

If you become more popular, your worth will rise, the person who has bought your coin will have a higher worth and there will be more market demand for your “coin” as an “investment”. You are speculating on people and their future popularity. It’s a hype cycle.

I took a look at the BitClout whitepaper, where they discuss the Use Case of BitClout. I tried to reword and imagine their arguments, taking Beyoncé as an example:

I purchase an enormous amount of BitClout Beyoncé Coin (“Why Beyoncé?” you ask? Beyoncé’s net worth is $400 million. Naval, #2 on BitClout, is estimated to be worth between $20-$40 million in net value. We’re still discussing speculating someone’s worth, right?)

According to BitClout, Beyoncé deeming this platform worth her time, could

As a Beyoncé fan or believer, I could

But overall what I would get – is a $#&&#& of return on my investment if Beyoncé would kept on bossing her way through life.

Is BitClout a scam?

So is BitCloud a scam? No, not more than any other start-up trying to be relevant in a digital world.

One interesting insight: in China, it’s very normal to send (virtual) money and gifts to KOLs (aka influencers) during their live streams.

A BitClout-like solution that would span across different platforms could create lucrative forms of income (for the influencer) and a trusted measurement device of a KOL’s ‘potential’ (for fans and investors).

Is BitClout going to work?

Shaan worded it perfectly in his podcast: it’s an entire hype cycle.

As a creator, there’s $$ in it for you and you can measure your own success by your BitClout market cap. As a believer, you can invest, and if you are right, your investment can be worth more. A lot more.

In theory – it’s a sound concept. But not everyone has their reputation staked on Twitter (Christiano Ronaldo is hovering somewhere on the lower ranks on BitClout while he has the highest amount of followers on Instagram). And, would a C. Ronaldo / Beyoncé deem a BitClout-score worthy enough to carve out their precious time and attention to prioritize “fans”, or would they just focus on their strengths and specialities?

Optimistically, yes this might work. Perhaps not right away for the Ronaldos and Beyoncés of this world, but definitely for the Shaans, Sams and other people that are on their way to the top.