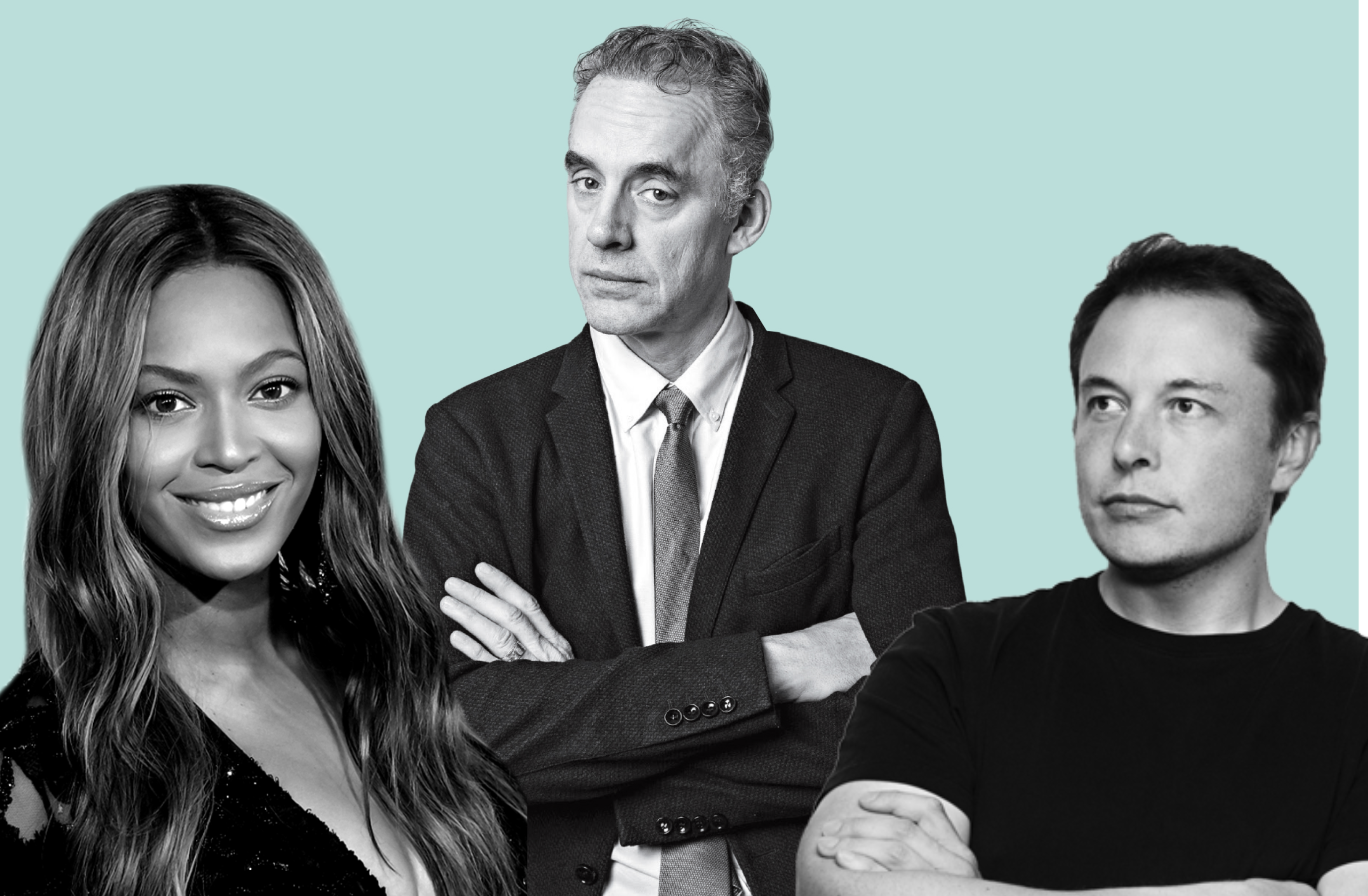 I’ve been listening to Jordan Peterson lately, he’s got a very amicable and engaged way of presenting himself and elaborating on his topics while keeping his audience engaged (I’m engaged at least). Whatever he’s talking about – he’ll talk about it with 200% conviction and engagement. I’m one of those suckers that believe people when they present something the right way.

Peterson here mention a part where people compare themselves to each other, and in a way it’s good – good to set goals but they need to be attainable. This is nothing new. He joked about Elon Musk’s room mate comparing himself to Elon and being dissatisfied about his own life and why he couldn’t achieve the same levels as Elon (Edgar will recognise this part as I once came back from Beyoncé’s concert and was deeply motivated and energised with her personality, but also depressed on the one side as I was nowhere near her achievements when she was my age… haha.. talking about setting high goals).

Jordan mentions the Pareto distribution, also known as the 80/20 rule. Where 80% of wealth is held by 20% of the population, but also mentioning that it’s easier for those 20%’ers to reach more success and keep their success – because the rich get richer (very fast) and the poor get poorer (very fast).. Success attracts succes, and failure attracts failure..

So when it comes to setting goals and comparing yourself – compare yourself to you yesterday. Make sure you get better a little bit better everyday and don’t stagnate, don’t compare yourself to Beyoncé or Musk (reality bitch slap: it’s too late for that now) and get in that top of the Pareto distribution, it might be slow in the beginning but if you hold consistency in daily improvements – science is hinting we should reap the benefits of pushing thru. And (in a hopeful voice) one day you might even be sitting around the table with the Yoncé’s and Musks’s in the world.